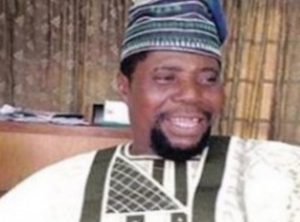 He died at the University College Hospital, UCH, Ibadan, at the age of 80.

His death came a few days after that of Moses Olaiya Adejumo, popularly known as Baba Sala.

He was said to have had a protracted battle with age-related illness.

Omonitan who was said to have been discharged on Monday, was reported to have been brought back dead to the hospital by the family.