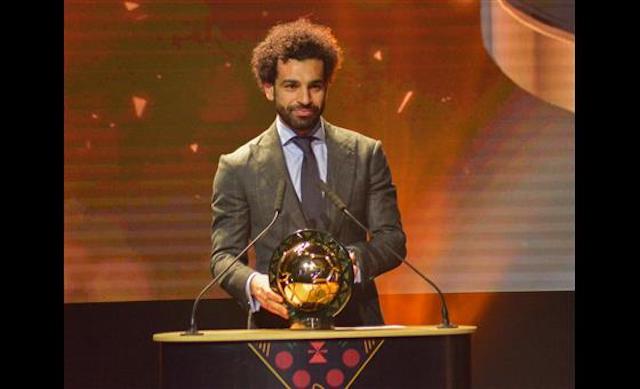 For the second time a row, Mohamed Salah of Egypt won the African Player of the Year 2018.

In the announcement which was made on Tuesday in Dakar Senegal, Salah defeated Liverpool team mate Sadio Mane and Arsenal striker, Pierre Emerick-Aubameyang, to win the award.

Speaking after receiving the award, Salah was full of gratitude to his family, team-mates and fans for making it possible.

He said he dedicated the award to his country, Egypt.

His words:  “I have dreamt of winning this award since I was a child and now I have done so twice in a row

“My thanks go to my family, my team-mates and my fans and I dedicate this trophy to my homeland, Egypt.”

Achraf Hakimi won the African Youth Player of the Year 2018.

Onyango is the goalkeeper.