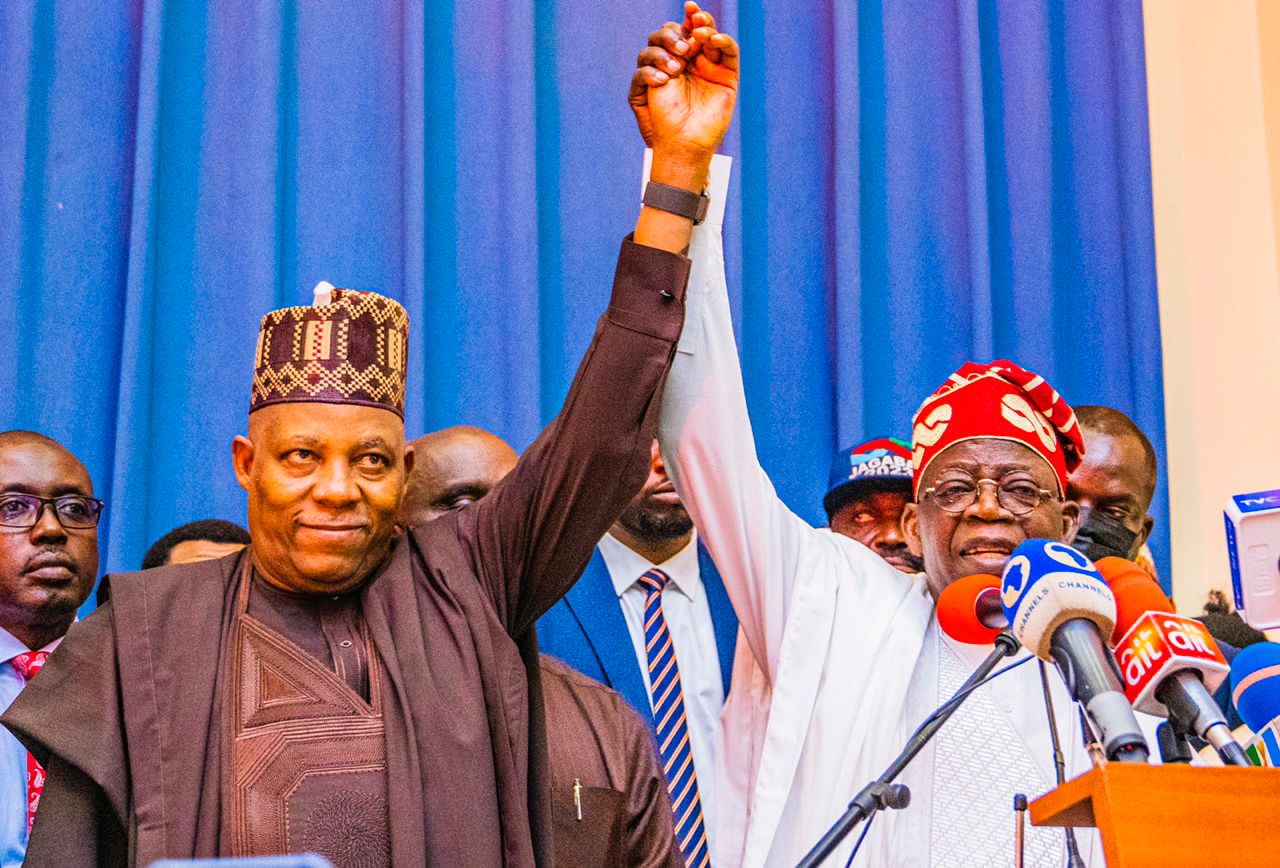 President Muhammadu Buhari will on Friday, lead All Progressives Congress, APC, governors and members of the National Working Committee, NWC, when he inaugurates the party’s 2023 Presidential Campaign Council (PCC) at the State House Banquet, Abuja.

Mr Bayo Onanuga, Director, Media and Publicity, APC Tinubu-Shettima Presidential Campaign Council (PCC), said this in a statement on Thursday in Abuja, adding that the event would signal the formal launch of the party’s campaign season.

Onanuga added that Asiwaju Bola Tinubu, the party’s 2023 presidential candidate, and his running mate, Sen. Kashim Shettima, would unveil their action plan for the transformation of the country at the event.

He said the 80-page document containing a multi-sectoral policy options, and tagged “Renewed Hope 2023 – Action Plan for a Better Nigeria”, would be unveiled at the event.

He said, according to the document, the former Lagos State governor would prioritize national security, economy, agriculture, power, oil and gas, transportation and education if elected president in 2023.

“Tinubu also promises to continue to expand the massive Social Investment Programmes of the Buhari administration.

“In his foreword to the document, Tinubu said his plans were conceived after travelling the length and breadth of the country and listening to people from different life strata,” Onanuga said.

He added that having listened to the yearnings of the people, Tinubu was emboldened to change their stories for good the same way he did in Lagos State as governor for eight years while putting together the best team.

He recalled that as governor of Lagos State for two terms, Tinubu and his team developed institutions and policies that changed the face of the state.

He added that the state under Tinubu, became a safe place for its residents and an engine of prosperity for all those willing to work in pursuit of their economic dreams.

He expressed optimism that what Tinubu’s team achieved in Lagos, could be achieved for Nigeria if he was elected as the country’s next president in 2023.

Onanuga assured that Tinubu’s administration, if elected, would prioritise security by making it a fundamental responsibility to protect the lives and property of Nigerians.

He said Tinubu would do this by mobilising the country’s national security, military and law enforcement assets to protect Nigerians from danger and the fear of danger.

“The current government made important inroads when it came into office. The Buhari government met situation in which terrorists had planted their flags and claimed Nigerian territory as their own.

“The Buhari government eliminated these incursions against our national sovereignty, bringing peace to many areas. Thousands of formerly displaced people have returned home to rebuild their lives.

“Our administration will be committed to permanently securing the safety, freedom and prosperity of all Nigerians,” Onanuga quoted Tinubu as saying.

He said Tinubu promised in his Action Plan to further equip the armed forces with more modern hardware and needed technological support, adding that the police would be reformed to fully take responsibility for internal security.

“Police reform will be focused on positioning the institution to better deliver on its primary duties of community policing and maintaining law and order through crime fighting and prevention,” Onanuga further quoted Tinubu as saying.

On the country’s economy, he assured that Tinubu’s administration would focus on massive and unprecedented fourth industrial revolution, helping youths to be transformed from job seekers to job providers.