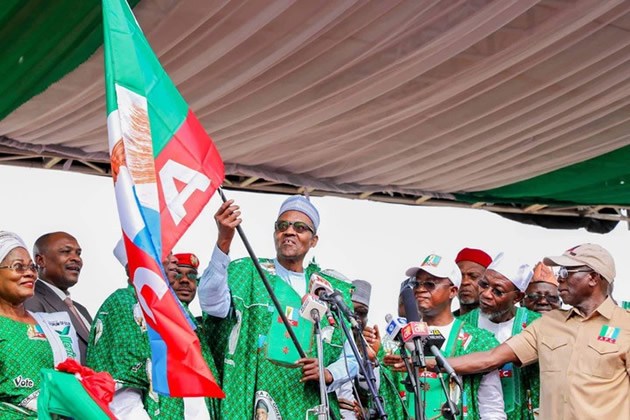 He would be using the Godswill Akpabio International Stadium in Uyo for the event.

The choice of the stadium had been a source of controversy as the state government earlier declared that the stadium was not available for use.

It argued that the event would do harm to the pitch which would be used for some matches in January.

Besides, the government argued, Julius Berger, the construction company managing the facility had gone on break.

The decision was later reversed as Julius Berger recalled its staff to prepare the facility for the event and take care of it after.

Meanwhile, President Buhari has said that the focus of his presidential campaign for re-election would remain his achievements on economy, security and anti-corruption war.

The president who spoke on Tuesday while addressing some residents of the Federal Capital Territory (FCT) who visited him on the occasion of Christmas said the issue of security, economy and fight against corruption were still as relevant today as they were some three years ago.

‘‘Very soon we will go to the geopolitical zones to remind the people of our promises in 2015 on three fundamental things: [security, economy and the fight against corruption].

‘‘Unless we secure the country, we cannot manage it properly… that is why shortly after I was elected, I went to Chad, Niger, Cameroon and the Republic of Benin to seek their support in the fight against the insurgency.

‘‘People in the North East know that we have recorded remarkable improvement in the fight against Boko Haram,’’ he said.