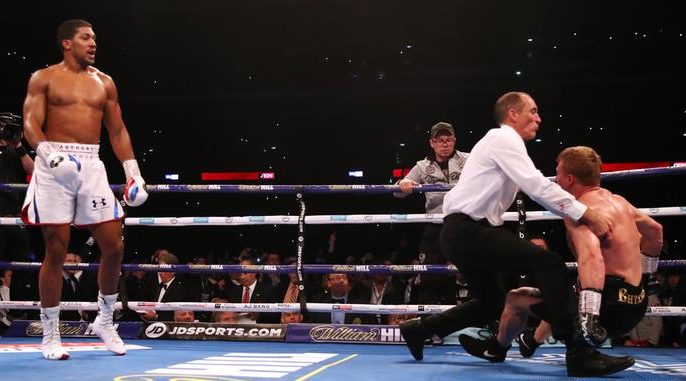 He stopped Povetkin in the bout which was held on Saturday at Wembley Stadium, London, through a knockout.

Admitting that Povetkin was a tough challenger, the 28 years old fighter said he capitalized on his weakness to defeat him.

According to him, realizing that he was weak to the body, he took advantage of that and finished him.

His words:  “Povetkin is a very tough challenger. He proved that with good left hooks, counter punches. I realised he was strong to the head but weak to the body. Every jab slowed him down. These shorter guys are very strong coming through the middle but tonight’s out the way.”

Described as a close contest, the fight was dominated by Povetkin before Joshua got back his rhythm and ended it all in the 7th round.

Against the background of the massive support he received, Joshua thanked his fans.

“First and foremost Wembley, thank you so much,” he said.