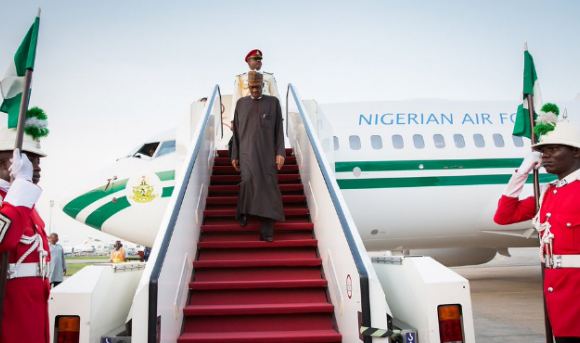 President Muhammadu Buhari returned to Nigeria on Sunday after attending the 73rd session of the United Nations General Assembly in New York.

The president attended the event along with his wife, Aisha, and some top government functionaries including ministers and governors.

The session was held between September 24 and 29.

At the Nnamdi Azikiwe International Airport Abuja to receive the president, were among others, the Chief of Staff to the President, Abba Kyari, and the Inspector General of Police, Ibrahim Idris.

During the event, Buhari addressed the world on the position of Nigeria on some key global issues.

Among other things, the Nigerian delegation succeeded in attracting support for the country in the area of fighting terrorism, improving the economy through foreign investment opportunities and health among others.