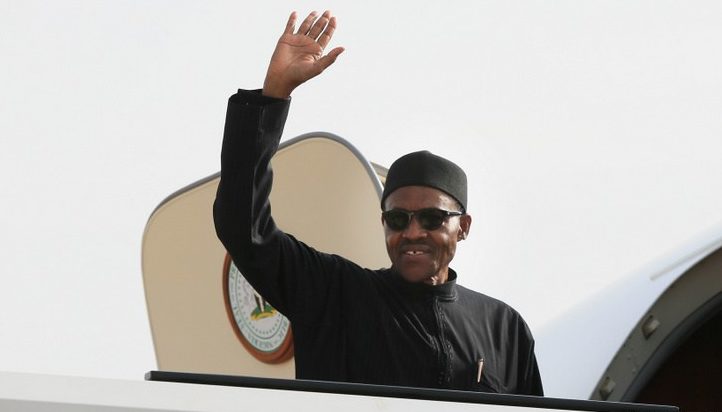 President Muhammadu Buhari will leave Nigeria on Sunday for New York to participate in the 73rd Session of United Nations General Assembly (UNGA73).

The event with the theme, “Making the United Nations relevant to all People: Global Leadership and Shared Responsibilities for Peaceful, Equitable and Sustainable Societies,” opened officially on September 18, 2018.

The president is expected to deliver and address on Tuesday to the General Assembly on the opening day of the General Debate.

It is expected that the president’s presentation would reaffirm Nigeria’s commitment to international peace and security; sustainable socio-economic development; disarmament and denuclearisation; youth and women empowerment; climate change; rule of law and human rights; among others.

He would also seek international support for the fight against corruption; the return of illicit assets; counter-terrorism and insurgency; curbing irregular migration; re-settling Internally Displaced Persons (IDPs); recharging the receding Lake Chad; and calls for the reform of the United Nations, especially the expansion of the permanent membership of the Security Council to make that vital principal organ of the global organisation reflect regional and equitable geographical representation.

The president, in the company of his wife, Aisha, will also attend a welcome reception hosted by the UN Secretary-General, Antonio Guterres, and his spouse for Heads of State and Government and their spouses.

The Nigerian leader and his delegation will participate in a high-level meeting on the fight against tuberculosis organised by the World Health Organisation as Nigeria currently ranks seventh amongst the high TB-burden countries globally, and second in Africa.

The Nigerian delegation is scheduled to attend the Mandela Peace Summit, which is a high-level meeting on global peace in honour of the centenary birth of the late South African President and Nobel Peace Prize winner, Nelson Mandela.

Other side-events lined up for the Nigerian delegation include: High-level meeting on financing the 2030 Agenda for Sustainable Development; World Economic Forum’s Sustainable Development Impact Summit; the Second Annual Bloomberg Global Business Forum; High-Level Meeting on Action for Peace-Keeping; Commemoration and Promotion of the International Day for the Total Elimination of Nuclear Weapons; High-Level Meeting on the Third Industrial Development Decade for Africa; and Pathway to Localising a Global Agenda.

The president, during the course of his stay in New York, in addition to the audience with the UN Secretary-General, have bilateral meetings with African and world leaders including Bill Gates with a view to promoting national and African interests.

He will also grant audience to a select group of Nigerian professionals based in the United States.

Apart from his wife, Buhari will be accompanied by Governor Godwin Obaseki of Edo State; Minister of Foreign Affairs, Geoffrey Onyeama; Attorney-General and Minister of Justice, Abubakar Malami; Minister of Health, Isaac Adewole; Minister of Industry, Trade and Investment, Okechukwu Enelamah; Minister of Budget and National Planning, Udoma Udo Udoma; and the Minister of State for Environment, Ibrahim Jibrin.