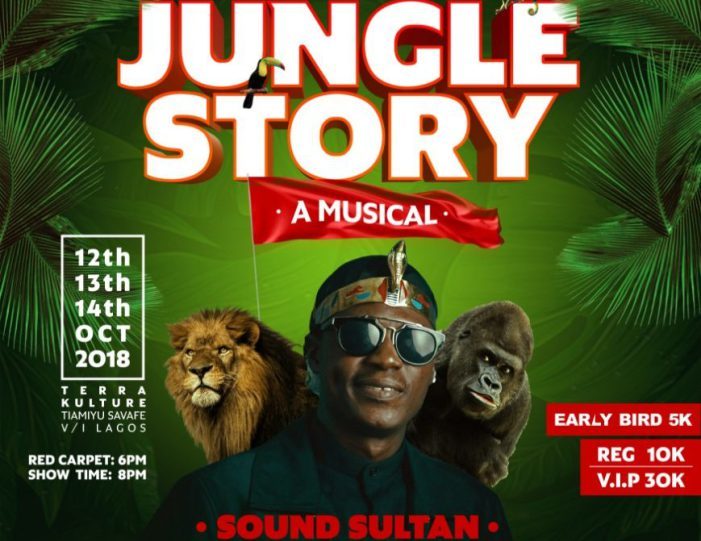 Star-studded, the musical is produced by Naija Ninja productions in collaboration with Temple Management Company.

The show which will feature many prominent actors and musicians in the country will mark the 18th year of Sound Sultan as a singer, songwriter and actor.

Speaking on the show, Sound Sultan said:  “Art as they say is the imitation of life and that’s exactly what the ‘Jungle Story’ is about. It’s still the same story of the poor getting poorer and rich getting richer. I am trying to use my music and art to influence the society in a very creative way that will hold the audience spell bound.”