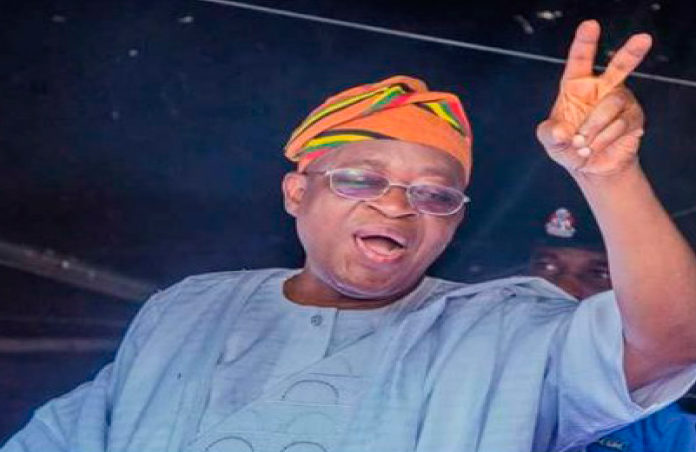 Oyetola is the candidate of the All Progressives Congress, APC.

He polled a total of 255,505 votes to defeat the Peoples Democratic Party, PDP, candidate, Ademola Adeleke, who polled 255,023 votes.

The declaration of the winner was made Friday morning by INEC’s Chief Returning Officer, Professor Joseph Fuwape.

It would be recalled that Thursday re-run followed the declaration of the September 22 governorship election in the state inconclusive by INEC.

The electoral body based its decision on the electoral malpractices that characterized the voting in some polling centres on Saturday.

At the end of the exercise on Thursday, Oyetola defeated Ademola.

Oyetola who will take over from Rauf Aregbesola on November 27, 2018, was born on September 29, 1954 at Iragbiji in Boripe local government area of  Osun State.

He is married with children.

Oyetola attended Ifeoluwa Grammar School in Osogbo for his secondary school education and read Insurance at the University of Lagos.

An Associate of the Chartered Insurance Institute, London and Nigeria, he is a member of the Nigerian Institute of Management.

He worked at Leadway Insurance and Crusade Insurance, before he set up his own company,  Silvertrust Insurance Brokers in 1990.

Before his election, he was the Chief of Staff to Rauf Aregbesola, governor of Osun State.

The results of the election is as shown below: