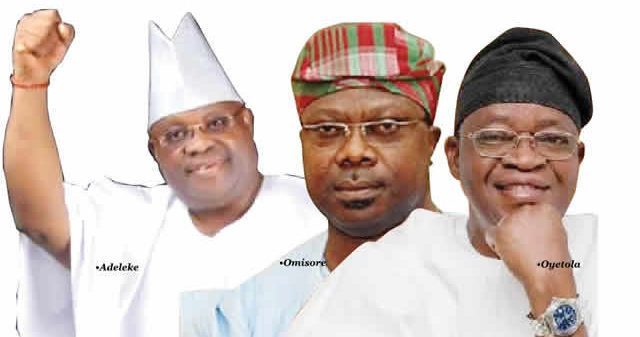 The people of Osun State are, today, making a decision over who governs the state for the next four years.

About 48 candidates of different political parties have been approved for the exercise, but five of them would really be slugging it out.

The Independent National Electoral Commission, INEC, and the Nigeria Police Force along with other security agencies have since expressed their readiness for a hitch-free exercise.

While INEC has assured of an up-to-date voters register among other things that would make a success of the exercise, the police had said it would deploy 300 patrol vehicles, 30 Armoured Personnel Carriers and two surveillance helicopters.

Giving update on its level of preparedness, the Force Public Relations Officer, in a statement, quoted the Inspector General of Police, Ibrahim Idris, as saying that the Deputy Inspector General of Operations would oversee the arrangement put in place to ensure safety.

He said he would be assisted by an Assistant Inspector-General of Police and eight commissioners.

He disclosed too that operatives of the Force Criminal Intelligence and Investigation Department (FCIID), IGP Monitoring Unit, would be part of the security arrangement.