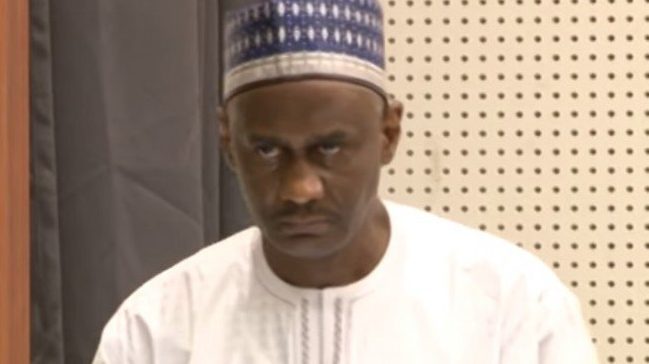 The Executive Secretary of the National Health Insurance Scheme, NHIS, Usman Yusuf, has been suspended indefinitely.

His suspension was handed down by the governing council of the NHIS, led by Mrs. Ifenne Enyenatu.

The suspension was to allow for a thorough investigation of allegation of financial malpractices against him.

Mallam Sadiq Abubakar has been assigned to act as the Executive Secretary.

Announcing the suspension, Enyenatu said the governing board had received several petitions against Yusuf, hence it became imperative to determine their genuineness or otherwise.

Enyenatu who disclosed that the Minister of Health, Prof. Isaac Adewole approved of the probe, said an administrative panel had been set up and given three months to submit its findings.

It would be recalled that Adewole suspended Yusuf in 2017 over alleged financial malpractices.

He was indicted by the probe panel set up.

However, President Muhammadu Buhari reinstated him February without any regard to the Minister of Health.