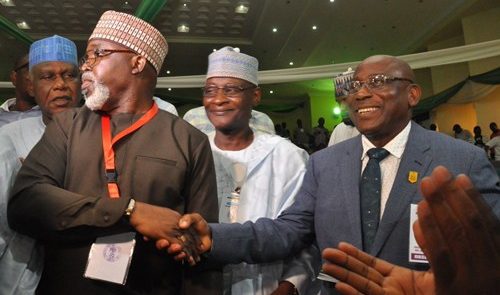 Amaju Pinnick has been re-elected as President of the Nigeria Football Federation (NFF).

During the election which was held on Thursday in Katsina, Pinnick recorded 34 out of the 44 votes cast.

He beat Aminu Maigari who recorded eight votes to the second position.

While Taiwo Ogunjobi recorded two votes, Chinedu Okoye had none.

Announcing the result, the chairman of the electoral committee, Mohammed Sani, declared that Seyi Akinwunmi was First-Vice President.

He polled 41 votes to beat Sunday Adelajayi who had two votes.

Ibrahim Gusau was re-elected unopposed as the chairman of FA Chairmen.

Ifeanyi Uba who was in the race with him withdrew before the election.