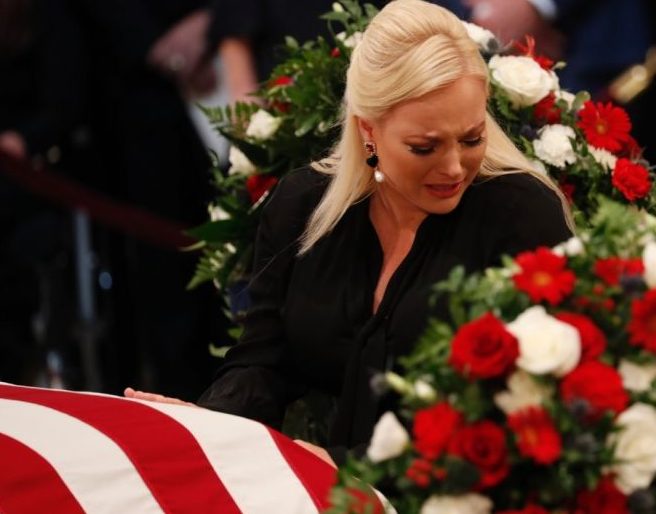 The remains of the United States Senator John McCain were on Sunday interred at the U.S. Naval Academy in Annapolis, Maryland.

The interment was a private one.

McCain, 81, died of brain cancer about a week ago.

Before his burial, tributes had poured in.

Some of those who paid tribute included former American presidents, Barack Obama and George W. Bush.

They described him as someone who had passion for America.

During his final journey, a horse-drawn caisson conveyed his casket from the Naval Academy chapel to the cemetery after the ceremony.

His remains were interred on a plot of land close to that of Adm. Chuck Larson, who was his Naval Academy classmate and friend.

In his remark at the ceremony, Sen. Lindsey Graham, said “nobody loved a soldier more than John McCain, that I bear witness to his commitment to have their back, travel where they go, never let them be forgotten.”