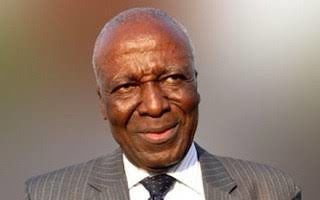 He died in a London hospital at the age of 78.

News of his death was broken by Niger State Commissioner for Information, Danjuma Sallau.

Former President Goodluck Jonathan made him the  chairman of the Constitutional Conference held in 2014.

A graduate of Ahmadu Bello University, Zaria, Kutigi also studied at the School of Oriental and African Studies, University of London and Gibson and Weldon.

He later returned to Nigeria to attend the Nigerian Law School in Lagos.

He was the Attorney General and Commissioner for Justice in Niger State until 1976, when he became a High Court Judge.