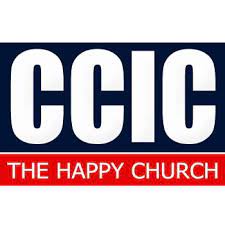 The Christ Chapel International Churches, CCIC, has underscored its commitment to provide succour for the underprivileged in the society and also minister to their needs.

The Chairman of the Church Council, Rev Dan Ibekwe, stated that the church in the past 40 years had reached out to thousands of people by providing relief materials and food for them in order to address the social ills of the society.

Ibekwe who spoke at the media briefing of the 40th anniversary of the church and the commencement of the 2022 annual camp meeting, said the church had been a strong advocate to change the attitudinal disposition of Nigerians and also eliminate social vices through several programmes aimed at helping the people to shun improper conduct in the society.

He stated that several programmes had been planned in order to not only commemorate the anniversary but also to impact lives and organisations.

In some of the programmes unveiled at the briefing, the church will be giving out N1 million to 10 entrepreneurs in order to support their businesses.

The chairman of the 40th anniversary committee, Pastor Niyi Odetayo, stated that the grant was mainly for members of the church who had established businesses and needed small support to expand their business operations.

READ ALSO: Presidency speaks on spate of attacks on churches

Odetayo added that the church is also providing solar powered electricity for the Bode Thomas Police Station in its efforts to combat crime.

The solar powered energy, one Kilowat of solar inverter according to him would enable the Police facility perform basic operations due to the incessant power outage in the country.

Odetayo said the church had embarked on project for the station in previous past.

The school, Muritala Ajadi Animasaun Secondary School, in Surulere will also be a major beneficiary of the church with a borehole facility to provide water for the school community.

He also said the church would also embark on the distribution of food stuff to the people as part of the anniversary celebration.

The food materials, according to him, were meant to cushion the effects of high cost of food items for the people.

A  Major highlight of the 40th anniversary celebration is the 2022 camp meeting with the theme: Possessing Your Promised land which holds from October 25 to October 30 2022 at the Stable, in Surulere.