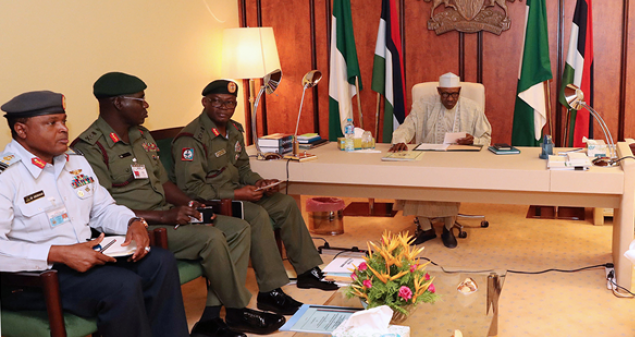 The need to ensure safety of lives and property during and after the 2019 general election formed the major issue discussed at the National Security Council meeting held on Thursday.

According to a statement issued by Tukur Gusau,  spokesperson of the Dan-Ali, it was agreed at the meeting that security agencies should be deployed to the states of the federation to ensure peaceful elections.

The proposed deployment, it was said, would also frustrate the bid by anyone that might be planning to cause crisis during the elections.

He added that the meeting considered the chances of violence after the elections following possible whipping up of ethno-religious sentiments.

He stated too in the statement:  “Of concern is the proliferation and stockpiling of weapons by some disgruntled elements with a desire to take laws into their hands at the slightest opportunity.

“The council called for the concerted efforts of all security agencies to ensure that 2019 elections are hitch free and the need for continuous sensitisation of the public by National Orientation Agency (NOA) and regular meetings of relevant stakeholders including INEC, international/ local observers and the media ahead of the elections.”